Cross-brand marketing has been a major craze amongst brands in China. A market inundated with repetitive, bombastic advertising, it is imperative for brands seeking success to create unique and meaningful campaigns to engage with weary-eyed consumers.

In recent years, cross-brand collaborations have been gaining traction, particularly as Gen Z consumers are becoming more prominent in the marketplace. Limited edition collections and special designs are one of the major drivers of cross-brand marketing.

Let’s take a look at a few standout cross-brand campaigns that took place this year and how they did.

With the recent campaign, Manner Coffee rolled out a special matcha ice cream latte, and the two companies co-released exclusive limited edition coffee cup sleeves available to customers between 25 June and 15 July. Consumers could get free drinks or samples of Helena Rubinstein’s Powercell Skinmunity reinforcer by joining a specially created private traffic group. Manner Coffee is no stranger to cross-brand marketing, with campaigns previously launched with fragrance brand Beast, lingerie brand Neiwai and the Ullens Centre for Contemporary Art. With its growing popularity, it is no surprise that Manner Coffee has a massive share of voice in the market, particularly as coffee becomes a universally sought-after commodity.

With its high-end, luxurious brand image, Helena Rubinstein naturally is a newcomer to cross-brand marketing, with most prior collaborations taking place with retailers such as Shilla Duty Free and China DFS.

It appears that the collaboration with Manner Coffee was intended to elevate the Manner Coffee brand and raise its consumer profile. At the same time, this helped Helena Rubinstein expand its market reach, through free samples and youthful marketing. For ¥20 for a matcha latte, customers could also get a free sample of Helena Rubinstein’s Powercell Skinmunity reinforcer. This was very attractive on social media, where many users posted guides on how to get the free samples as well as details on other freebies and prize draws offered as a part of this promotion.

According to feedback from users on social media, although the theme of the crossover campaign was a bit far-fetched for some consumers, many reckon that “一杯青回(a cup of green back)” and “一夜青回(a night of green back)” actually make a good pair.

For high-end luxury brands like Helena Rubinstein, the actual sales conversions brought by collaborations with accessible, approachable brands like Manner Coffee is limited. The consumer groups attracted by the campaign were mostly younger consumers who are interested in trying Manner’s new drinks and getting free samples from Helena. Given the daily consumption habits and purchasing power of these consumers, there’s a low possibility that they will purchase Helena Rubinstein skincare products right away.

However, from the long-term perspectives of building word-of-mouth, shaping brand image and exploring new potential customer bases, Helena Rubinstein’s established high-end reputation combined with the outstanding quality of its products have already carved out a loyal consumer group of high end consumers. This enabled the brand to launch a campaign with an accessible brand without damaging the brand’s ultra-luxury image. On the other hand, although some of the young consumers participating in the Helena x Manner campaign have not yet amassed the purchasing power to buy Helena Rubinstein products, it is worth mentioning that the Powercell Skinmunity Essence that the brand promote in the crossover campaign is in fact the most affordable product in the brand’s essence category, which undoubtedly indicates that the brand has taken the majority of young consumers’ purchasing power into consideration. The positive experiences of users of the essence samples can be easily converted into potential consumers in the future. Furthermore, posts by general consumers as well as KOLs and KOCs on Xiaohongshu can also positively impact brand building and brand-relevant social media exposure.

One of the most successful cross-brand collaborations of the year so far is KFC’s recent partnership with Pokémon. On 17 May, Li Jiaqi made an announcement for the KFC Children’s Day Pokémon Family Set during a live broadcast, where viewers could purchase vouchers for the set beforehand, redeeming them and getting Pokémon toy freebies following the official launch on 21 May. In the live-stream, Li Jiaqi made a joke saying that the duck toy was “too noisy, but it stays on the mind”, “makes one want to beat it so badly”, which left an annoying but cute impression. Li predicted that the KFC co-branded Psyduck toy will become the top trend of the year. Many live-stream viewers clamoured in the comments section, exclaiming “I want the Psyduck” and “it’s so cute”. After the official launch on May 21, the limited daily supply caused a stampede, leading to heated discussion on social media and topping the Weibo hot search list. The Psyduck toy was even resold at sky-high prices on second-hand platforms such as Alibaba-owned Xianyu.

There are several significant reasons behind the success of the KFC x Psyduck collaboration, which is seen by many as the perfect match between the brands’ culture and their target consumer groups. Psyduck is considered to be the “weak, stupid and clumsy” one in the Pokémon series, which is very much in line with the trend of “self-mockery” among Millennials and Gen Z nowadays. Moreover, for people born after 1980, the majority of KFC’s consumers, Pokémon is a treasured childhood memory, and this campaign aroused a sense of nostalgia among many. Some netizens commented that “the group of people who bought the children’s set ten years ago are still buying the children’s set now…it’s a little childish for children, but just right for adults”.

What’s more, the popularity of Psyduck is not only due to its cute appearance, but also because of the re-creation by consumer users that gave it a new life. Sticking notes on the duck’s palms and letting the duck “speak” for them has become a window for young social media users to share their emotions, make fun of themselves and find a sense of community after enduring gruelling coronavirus lockdowns. Original creations related to Psyduck continued to increase, with various memes, videos and auto-tune remixes popping up left and right. Led by KOLs and KOCs and actively imitated and disseminated by general consumers, a massive amount of UGC content stood out from the backdrop of a homogenous Internet environment through its unique originality, resulting in a substantial share of voice on all major social platforms.

The crossover collaboration of KFC and Pokémon captured the nostalgic, individualistic and creative characteristics of China’s young consumers, first leveraging the influence of celebrity live-streams to promote the cuteness and uniqueness of the duck toys, then forming phenomenal word-of-mouth marketing through the creation of original content by Internet users. Combined, these factors led to the brands’ success in cracking the “secret code” of China’s social traffic.

With the impending rise of the metaverse, many brands have taken a new path, seeking to develop their own virtual KOLs. Recently, the international beauty brand L’Oreal joined hands with the popular Game for Peace (China’s version of PUBG Mobile) to activate a comprehensive and in-depth cross-brand collaboration, which included co-branded products, in-game product placement and grand event marketing. The two sides jointly launched the Game for Peace x L’Oreal hairdresser gift box, limited in-game equipment and experiences, using a slogan with a clever pun to combine the characteristics of both brands.

However, the most eye-catching feature was the advertisement video “Everything Fluffy on the Island” where the Game for Peace virtual KOL Gilly hit the opponents with a L’Oreal shampoo gun and instantly turned them all “fluffy”. Her trendy American-styled waterfall ponytail, “exploding” hair mass and shiny hair is perfectly in line with the campaign slogan “Confidently Fluffy”, which is also the selling point of L’Oreal’s Hyaluronic Acid Water Plump series.Gilly was even featured in ELLE magazine with the flowing fluffy high ponytail look designed by L’Oreal, and also appeared in the splash screen ads on more than 11 apps. However, in this joint campaign, Gilly the virtual KOL can only provide her image. In the process of marketing, the content output of traditional KOLs and KOCs is still irreplaceable. In order to make up for the limitations of a virtual figure using the products, L’Oreal collaborated with fashion and beauty KOLs and KOCs on social platforms to showcase the products through their unique Gilly-inspired hairstyle tutorial, emphasising to viewers the idea that “using L’Oreal shampoo can make me as beautiful as Gilly”. Next, the brand cooperated with gaming KOLs to guide players to experience the in-game L’Oreal hairdressing booth, with the slogan “go hard or go wash your hair”, which successfully left a deep impression on audiences.

Some may think that combining games and hair products is impossible or unlikely to succeed, but the collaboration between L’Oreal and Game for Peace has masterfully brought together the enthusiasm of both beauty lovers and gamers to participate in the campaign through the joint efforts of virtual KOLs, fashion, beauty and gaming KOLs and KOCS, combining two major consumer interests of online entertainment and hairstyling, which broadened the consumer base for both brands. This campaign provides a fresh new perspective on cross-brand collaborations.

Nowadays, with the increasing popularity of cross-brand marketing becoming more and more common, it’ll be hard to attract consumers’ interest if the brand is still stuck in the “1 + 1 = 2” pattern. Co-branding is not just the superposition of two LOGOs, but the mutual empowerment of two brands, breaking their fixed consumer groups, and enriching their original brand image.

For example, the collaboration between Helena Rubinstein and Manner has enlarged the awareness of the luxury skincare brand among young consumers, while also enhanced the brand image for Manner with Helena’s high-end attribute. The Children’s Day limited crossover collaboration of KFC X Pokémon has precisely grasped the nostalgic, individualistic and creative user profile of the post-80s, post-90s and post-00s netizens, and successfully converted the Psyduck toy into a top-trend social media hit. L’Oreal X Game for Peace collaboration, on the other hand, leveraged the joint force of Gilly, game influencers and fashion bloggers, attracting traffic from various sections and animated fans’ participation in all sorts of activities.

To achieve the effect of “1+1>2”, the two brands need to integrate their respective brand characteristics and culture, take their consumer profile into full consideration, and create products and topics that can leave deep impressions for both audiences and increase participation on both sides.

Since 2016, PJdaren has helped some of the world’s largest brands build trust, collect insights and drive sales in China by engaging Key Opinion Consumers (KOCs) and Key Opinion Leaders (KOLs) through our state-of-the-art influencer marketing solutions.

Our full-service solutions connect brands with our over 4 million-strong KOC and KOL community. We facilitate targeted, authentic conversations and content, enabling brands to capture the market with measurable results. 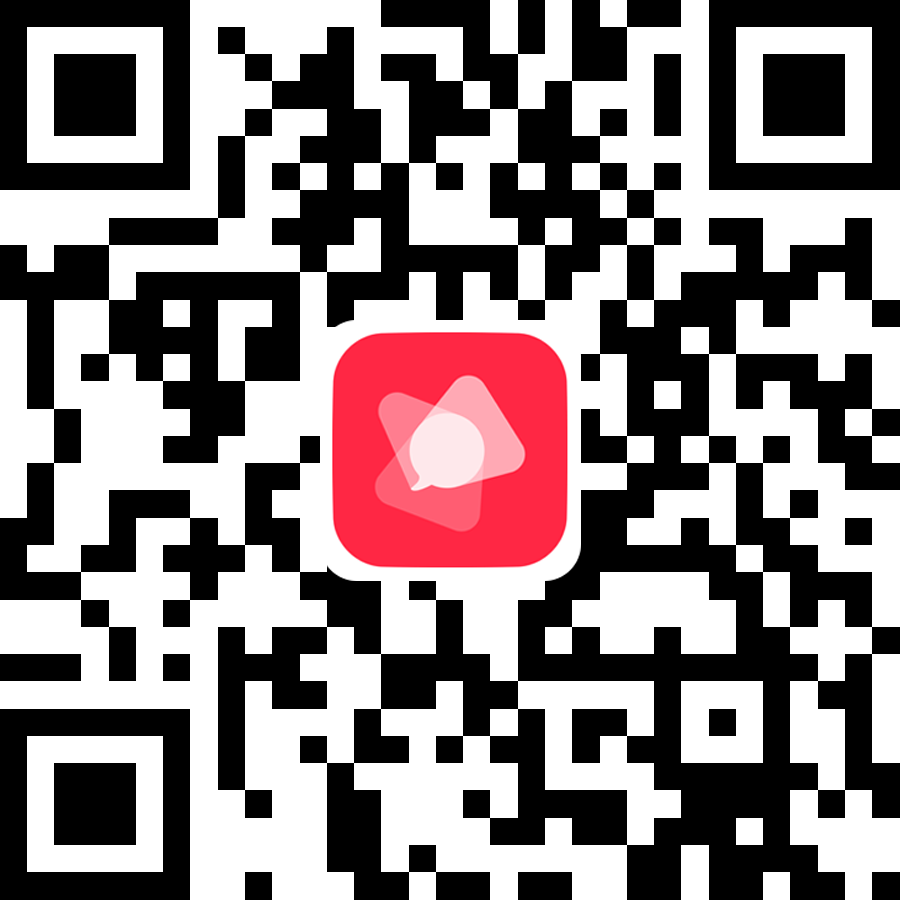